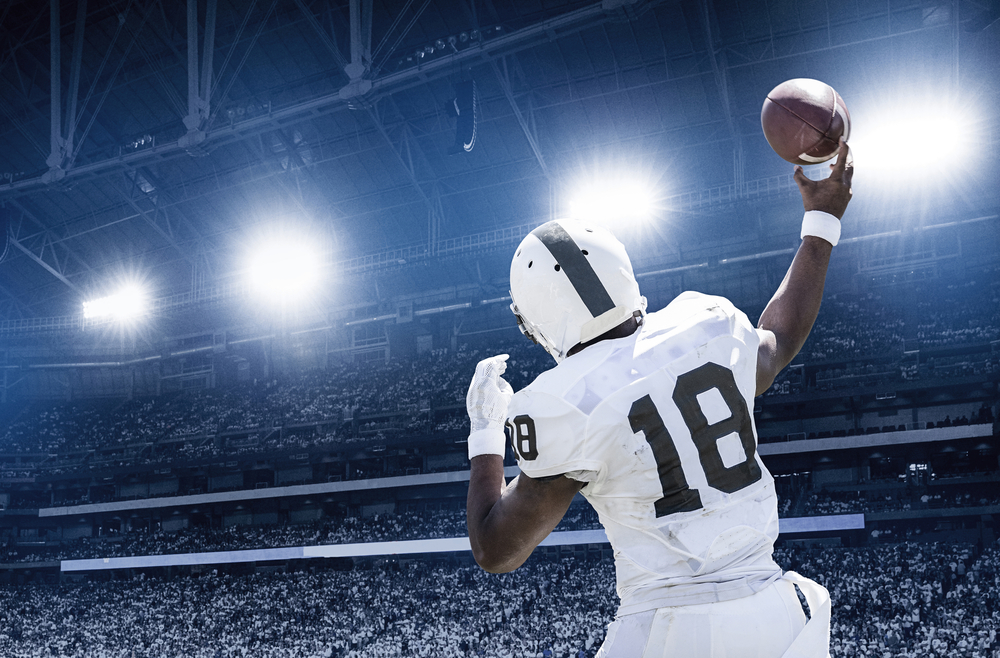 Ahhh the American Super Bowl, that wondrous annual state-side sporting event that has us folk here from the land down-under scratching our post-party season heads in intrigued awe. It’s not just the fact that it attracts over 150 million people worldwide, it’s more that we want to better understand the game itself.

To Australians, the Super Bowl is a sporting dance that more than baffles some of us. We grapple with the rules, we’re curious of the intricacies of the game plan, and we’re even more compelled to understand why players donn full-battle attire to take the field. We marvel at the A-listers peppered in the crowd, the big brands anchored into the commercial breaks for millions of dollars, and we wait in nervous anticipation for the next ‘wardrobe malfunction’ from whatever big-name is rolling out for the half time entertainment!

Every year more and more Aussies are tuning in to this amazing sporting event. And every year more and more pubs and sports bars are showcasing the game with all the pomp and ceremony that comes with it. So, if you are thinking of tuning in this year, or visiting a watering hole airing the game, here are some tips on how to understand the game better … let’s just say it’s an Aussie’s guide to understanding American football!

The Super Bowl is a four-quartered, 60 minute game, and the play is split in to two; one team attacks and the other team defends (so far so good).

The team in possession and control of the ball are on the OFFENCE (attack).
These guys will attempt to move the ball forward to the end zone (try line) and score touchdowns (tries) by either throwing or “passing” it down or rushing or “running” it down.

The team that does not have control of the ball are on the DEFENCE (pronounced DEEEE-FENCE) and they are trying to stop the other team from scoring by tackling (same meaning here) or intercepting passes.

Both teams have an army of 52 players a piece, but only 11 take the field at any one time, and you can have as many subs as you like. There are three different squads that make up a team; Offence, Defence and Special. And they all change guard depending on whether play is in attack, defence or if it’s kicking (special teams are the units who are on the field for BOTH squads on ANY kicking play).

These are key terms to understanding the entire game. Essentially a team gets four attempts (called a down) to move the ball 10 yards (9 metres) by either running or passing it. Essentially a DOWN is another word for PLAY.

Each down is called by its number: First, second, third and fourth down.

The attacking team has four downs or attempts to either score or travel the 10 yards. If they make the 10 yards then the downs start all over again (much like being awarded another set of 6 tackles in rugby). If they don’t gain the 10 yards, after the fourth attempt, the opposing team wins control of the ball.

So, if a team is having trouble making the 10 yards in their first three attempts, this is when you might see the ‘Special Teams’ take the field and kick it away on their 4th down, ensuring that the other team will have even further to travel back to their end zone when they get possession.

OK so buckle in because there is a little concentration required here.

The quarterback is the field general of the team (think of the half back in Rugby League, point guard in basketball or centre position in netball) and controls the flow and pace of the game because he throws the ball a lot. He calls the play and initiates the action. This is a key position as the quarterback needs to both run and throw with accuracy.

The Centre Back is the player who snaps (passing backwards) the ball to the quarterback. He handles the ball on every play.

The Running Back is, as the name suggests, a player always on the move, he is fast and thrives on contact – also known as halfback.

The Offensive Line features five positions whose job it is to either pass block or run block, these guys don’t often touch the ball, they block.

Wide Receiver (no prizes for guessing here) are the catchers usually from an out-wide position. The role of Tight End is a mix of being a receiver and an offensive lineman (it has absolutely nothing to do with the firmness of any body part).

On the Defense (Defence)

There are again 11 key positions for the defence, including the Defensive Line – usually 3 or 4 players who serve as the first line of defence. Their role is to tackle ball carriers, these guys are generally built like army trucks.
A Linebacker is the defensive line for the defensive line. They often have a dual role of defending the run and the pass.

The Cornerbacks are usually the spriteliest players for the defence – they line up on the wide parts of the field, generally opposite the offensive receivers.

The Safety are the two players who line up in the deepest in the secondary – the absolute last line of defence (they are the fullbacks in Rugby League or goalies of soccer).

Return Specialists are the players the punter and the kicker are kicking to, and a Long Snapper is responsible for “snapping” the ball back to the punter for a punt of a field goal attempt.

If you can understand the scoring point process in tennis then this should be a walk in the park! The Super Bowl is an hour long and if it’s a tie at the end, the game goes into overtime.

A touchdown (worth 6 points) is when the team crosses the opposition’s goal line or catches the ball in the end zone.
A Field Goal is worth three points and these are usually executed on the fourth down if the kicker is in close proximity to the end zone to kick ball through the posts.

An Extra Point (which can sometimes actually be worth two) are earned by kicking the ball through the uprights after a touchdown (think rugby conversions).

(It is only worth 2 if they choose to run the ball or pass the ball to score another touch-down instead of going for the kick conversion. They will sometimes fake the kick and then pass or run to get the 2 point conversion rather than the 1 point, but this is a far riskier move. The 1 point is almost guaranteed so this only happens when they really need the 2 points).

Safety (two points) are appointed to the defensive team when an offensive player is tackled with the ball in their own end zone.

So there you go, less trickier than brain surgery and far more enjoyable! Here’s to sucking down a dog (hot dog) and a Bud (beer) on the big day!

Catch all the action from Super Bowl LIII, LIVE from Mercedes-Benz Stadium in Atlanta, at Dee Why Hotel. See here for more details.