5 Insane American Cheeseburgers You Have To See!
September 3, 2018 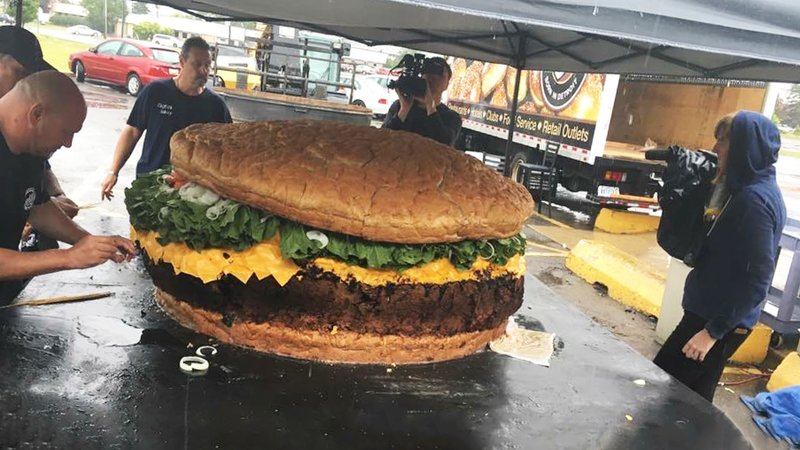 Lionel Sternberger is thought to have invented the first cheeseburger in 1926, when he experimented by dropping a slab of American cheese on a sizzling hamburger, while working as a fry cook at his father’s Pasadena, California sandwich shop. And thus, the cheeseburger was born!

Now just about every burger joint in every corner of the world has put their own stamp on this beer and sports-viewing staple, and to celebrate National Cheeseburger Day on September 18, we have found five of the most insane cheeseburgers from (you guessed it!) America! 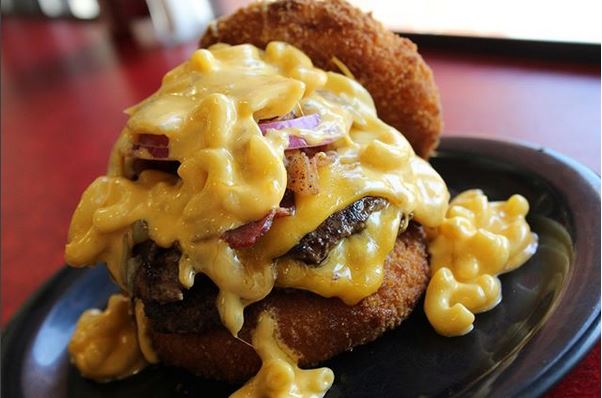 1. THE WEIRDEST – The Walking Ched, at Zombie Burger + Shake Lab in Des Moines, in Iowa

Not only is the burger joint name quirky, all the weird burgers on the menu are cleverly named, like Dawn Of The Dead and Undead Elvis. The Walking Ched comes with cheddar cheese, bacon, caramelised red onion, and a scoop of macaroni and cheese between a deep-fried mac & cheese bun! (Image courtesy: Zombie Burger). 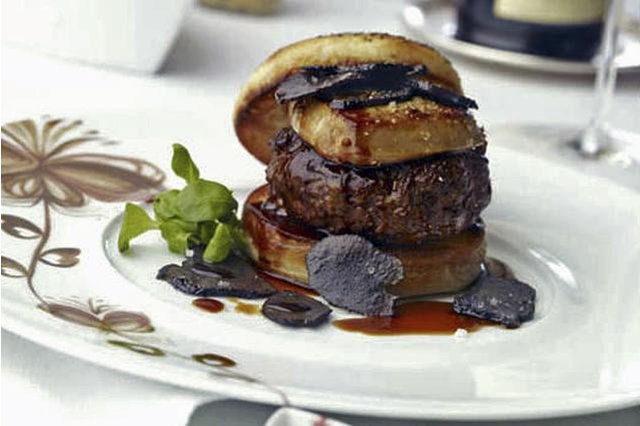 By far the most expensive burger we’ve seen on offer, the FleurBurger 5000 in Las Vegas’ world famous Mandalay Bay Casino. If you happen to be visiting this area of Sin City and have $5000 to spare, this burger is packed with Kobe beef, foie gras, truffles and decorative flowers and also comes with the finest bottle of Petrus from Bordeaux. (Image courtesy: Fleur). 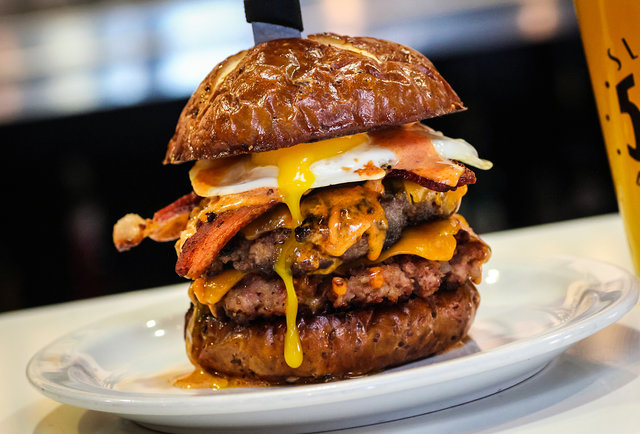 3. THE ALL AMERICAN – ‘Merica Burger, at 50/50 Slater’s in Southern California

Nothing says American excess like the 50/50 Slater’s ‘Merica Burger in the Anaheim Hills of Southern California! Theoretically it should be dubbed the bacon burger given it’s made from an all bacon patty and served with bacon-filled island dressing, bacon cheddar, strips of bacon and a fried egg. Seriously though, we are wondering if this one should come with a medical warning!
(Image courtesy: Thrillist). 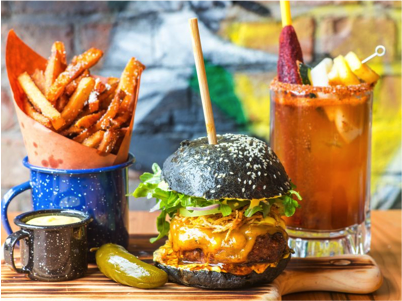 4. THE SPICIEST – Temerario Burger at Temerario, in New York City

The secret to the heat in this burger is the black brioche bun which gets its complexion from chile ash (ouch)! This burger offers a huge kick of flavours with a short rib patty, Mansano cheese, and a Negro Modelo morita glaze made with beer and Morita chili pepper. And to top it off, it’s served with super spicy fries. (Image courtesy: Temerario). 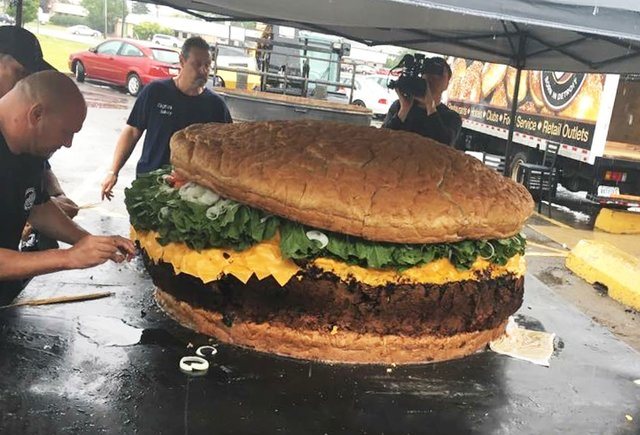 5. THE BIGGEST – Mallie’s Burger, at Mallie’s Grill, in Detroit

The title of the world’s biggest Hamburger belongs to Mallie’s Sports Grill & Bar in Detroit. At over 800kg, this burger made the Guinness Book of Records and was four years in the planning! Using over 2,000 pounds of raw meat on a custom made grill, the burger is topped with 300 pounds of cheese, tomatoes, onions, pickles, and lettuce. The bun alone, donated by the Michigan Bread Company, weighed 22kg. When it was finally constructed, the burger measured 1m high and just under 2m wide and was entirely edible. (Image courtesy: Mallie’s).